At Sevenoaks Primary, we believe that a high-quality geography education should inspire in pupils a curiosity and fascination about the world and its people that will remain with them for the rest of their lives. Through our curriculum, our children will develop a sense of their world at the local, national and global scales, understanding the interconnections between how people and the environment interact. Fieldwork is an essential part of this. Pupils learn to think critically and spatially, use maps, visual images and the internet to explore the environment and economics of the countries, which they study. They develop their knowledge and use of geographical terms. They will leave school with an understanding of their responsibilities within their own society whilst also having a coherent insight into sustainability of our dynamically changing world.

Click on the units below to view the attached Knowledge Organiser for that subject.

Through a mostly topic based approach, we hope to equip pupils with knowledge about diverse places, people, resources and natural and human environments. We believe that Geography should be alive and relevant, to support and encourage pupil’s curiosity about the wider world.

We study local areas/issues and extend these studies into the wider world. The children learn to use maps to locate cities, countries, mountain ranges, rivers, seas and oceans. They use atlases, photos and the internet to explore the environment and economics of those countries which they study. They then use the skills they have developed in literacy, numeracy and ICT to report and record their findings.

Pupils develop knowledge about the world, the United Kingdom and their locality. They understand basic subject-specific vocabulary relating to human and physical geography and begin to use geographical skills, including first-hand observation, to enhance their locational awareness.

Wherever possible we take our geography outside, from street mapping in the local area, to basic mapping skills in and around the school.

Pupils extend their knowledge and understanding beyond the local area to include the United Kingdom and Europe, North and South America. This will include the location and characteristics of a range of the world’s most significant human and physical features.  Through research based projects, they develop their use of geographical knowledge. For example, in Year six, children learn about tribes from all over the world and have the opportunity to investigate deeper a tribe of their choice.

From a walk around the block, to studying a local river, we believe in providing as much opportunity as possible for fieldwork skills.

At SPS we assess the children’s work in geography by making informal judgements as we observe the children during lessons, through the use of fun quizzes and through marking their work. Once the children complete a topic, their class teachers make a summary judgement of the work for each pupil as to whether they have yet to obtain, obtained or exceeded the expectations of the topic. These statements can be found in the knowledge organisers and ensure that across the year group the teachers have the same expectations.

Below are some photos of our children putting their geography skills into action. 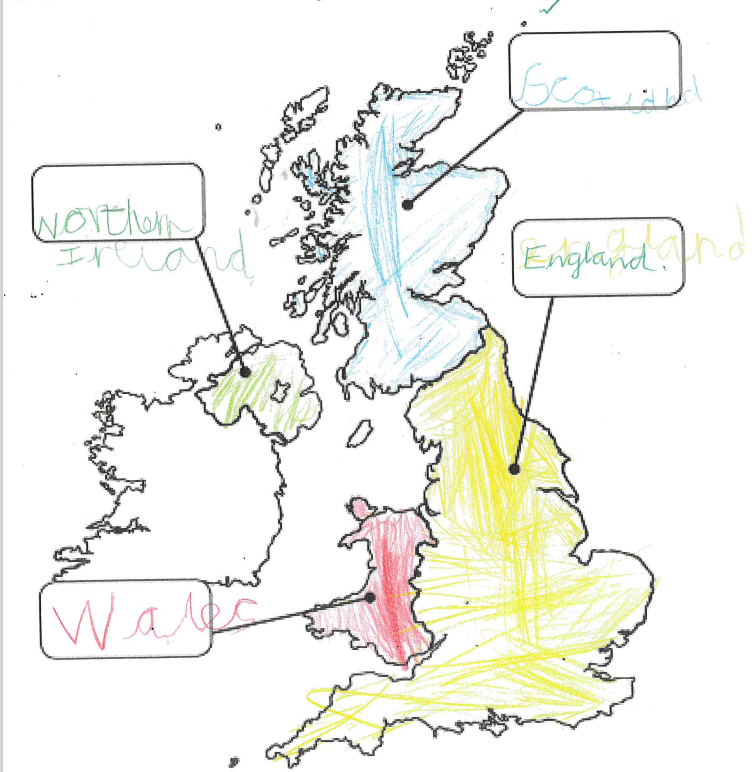 Year 1 – Map locating the four countries of the United Kingdom 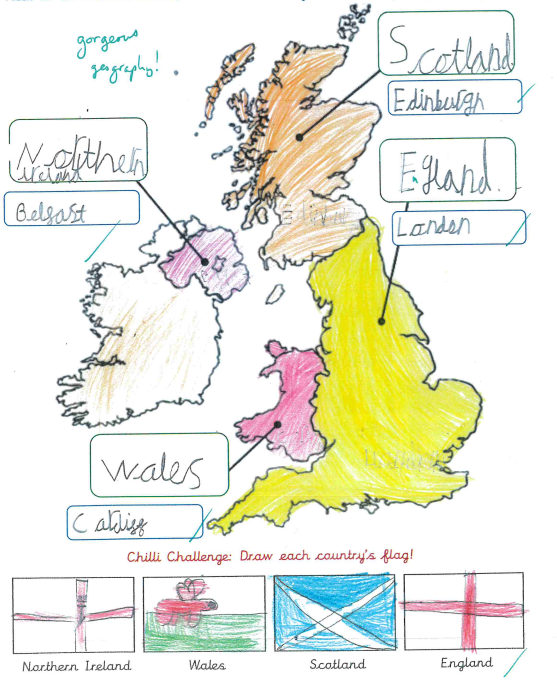 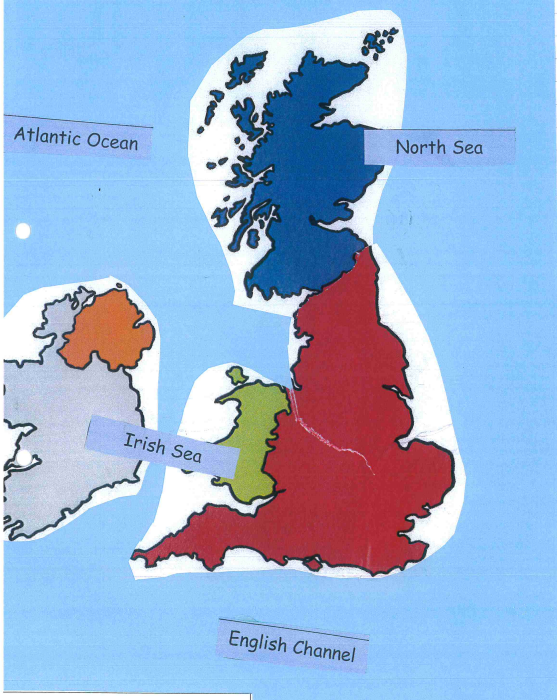 Children’s map skills greatly develop over the years they spend at SPS. Below is an example of a map from Year 1 – the children drew a bird’s eye view of their own classrooms. This is then developed in Year 2 by the children designing their own maps and using and designing their own keys to show the features. In Year 4, children look at the official symbols used for keys on ordinance survey maps and identify the features of a given area as well as begin to use four figure grid references to identify their location 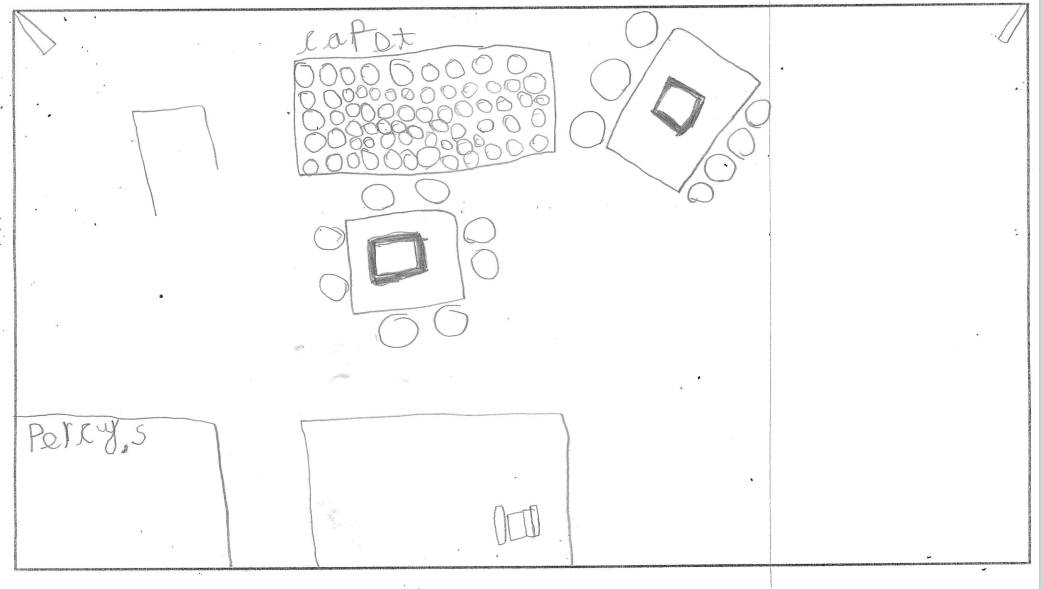 Year 1  - Simple Map of their Classroom 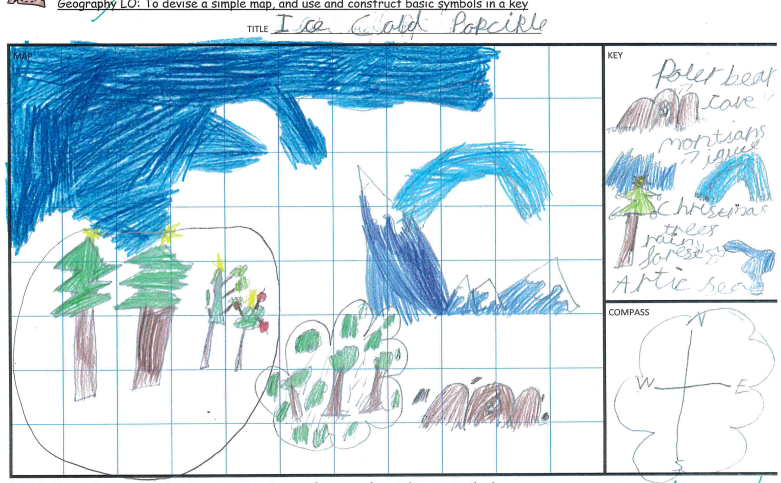 Year 2 - Map with their own key 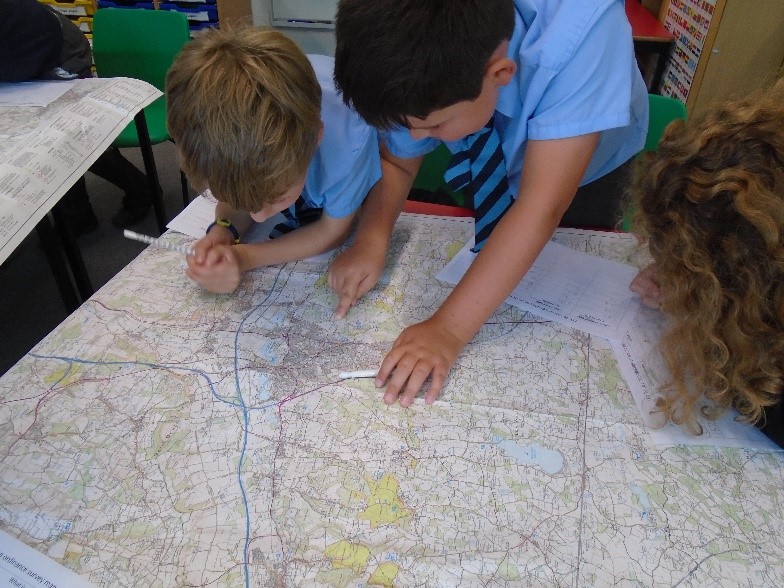 Year 4 – Identifying the features of an area using the ordinance survey map and its key.